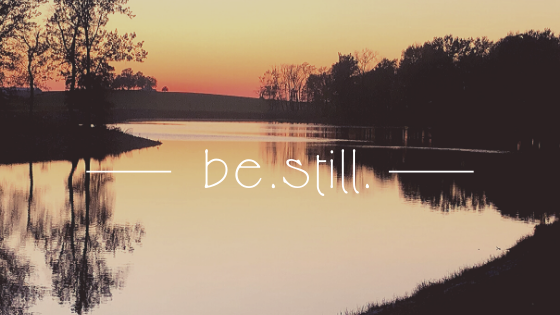 Since the beginning of our learning about personal motivations and behaviors, we’re taught about the fight or flight response to threats, fear, trauma. We’ve all heard it. Some of us are fighters, some of us are flight-risks. Some of us swing back and forth between the two like it’s our own personal extreme sport, always experimenting with new ways to untangle ourselves from things that are uncomfortable at best, threatening at worst.

There are obviously times when fleeing is the best option. House on fire? That extra adrenaline pump into your veins might help you get your ass out of harm’s way. Giant grizzly bear tearing down the trail you’re jogging? Might want to learn, quickly, how to scale any nearby tree.

On the other hand, sometimes fighting your way out of a situation–or confronting the source of stress or conflict–is the best way forward. Fleeing is going to make it worse, or make your blood pressure explode your eyeball. Fight, fight, fight until you get closure.

And that’s it. Those are the two choices we’re given to deal with those moments that seem inescapable, unbearably imminent. The moments that make your pulse pound and your gut clench.

But sometimes you can’t outrun a thing. Sometimes you can’t fight it or wish it away or ignore it. When I was in the throes of grief, mourning the loss of my mother, and trying to fight my way around it, and failing, over and over again, thinking if I just cried hard enough or went to sleep long enough or got drunk enough, I could get away from this terrible feeling. I could make it go away. Then one day I remember hearing–well, maybe not hearing, more like feeling–the words: Be Still.

Sometimes the flailing is what makes it hurt worse, makes you sink faster, makes you unable to see the footholds around you, makes the water too choppy to navigate.

When you’re little, your parents tell you while you’re out in a crowded shopping mall, or Disney World, or Wal-Mart on a Sunday night: “If you get lost and can’t find us, stay in one spot.” If you keep moving, you’re too hard to find. If you keep moving, searching for the relief of being found again, you’re actually being counter-productive.

Sometimes the best thing–the only thing–you can do, is to be still and let the hurt come. Sit there and feel it, get to know it, figure out how to carry it around with you until it’s not as noticeable anymore. Befriend the pain.

Stop your flailing and fighting and running.

I can’t turn on Facebook without seeing how much fun everyone is having with their families. Each step of every person’s day.

I can’t get on Twitter without comparing myself to the other hundreds of thousands of writers on Twitter talking about how many pages they wrote that day, or what story of theirs was just picked up.

I can’t turn on a fitness app without it telling me how far my friends ran that day. Or how much weight they’ve lost. Or what they’re eating.

I can’t get on LinkedIn without an enormous newsfeed of articles telling me how to live my life, or quantifying every single aspect of my day for “optimal success.”

Every single part of our day can be quantified and dissected and shared with the public.

And there’s nothing inherently wrong with that, but it can make you feel like nothing you do actually matters unless you’re snapshotting it, wrapping it up in a little bow, and presenting it to people who may or may not even give a shit.

Yesterday, I went out for a run (yeah, yeah, I know I talk about running too much). We live in a new town and I’m still getting my bearings. Which, I freely admit, takes me much longer than the average person. I have found a park to run at, but after a couple of laps through the trail, I was bored and restless with that. Couldn’t focus, wanted to quit. I’d seen all this before, I’ve run all this before.

So, I circled around and went out on the road. Now, if you know anything about the way I plan things, you will know that last phrase is funny and makes no sense because I don’t plan things. When I would run in my last town, I never knew where I was going or how long I’d be gone. I would just go. I’d remember my route, which roads I went down, how long I was on each one before turning onto the next, and when I got home, I’d put that all into the little Route Creator app and see the distance I’d actually gone.

This is a little harder to do when you are in a new place and you haven’t really learned all the street names, and some of them don’t have sidewalks, and some of them run into a person’s driveway unexpectedly and you have to backtrack and then a giant dog runs after you, scaring the shit out of you, because you haven’t learned which neighbors let their giant goddamned dogs out without a leash, yet.

About halfway around town I started thinking, “I’m never going to remember where I went, which roads I went down… there are no landmarks–before, I would jog my memory by saying things like, ‘Oh right, I went by the Harris’ house, then went by Shewnakers’… ‘ –maybe I should just call it a day and go home because I won’t be able to get credit for this.”

And then I stopped. And laughed. Because how fucked up is it that we all think like that now? If our fitbit isn’t charged up we can’t go running yet because we won’t get credit for our steps. If we didn’t track our meals today, well shit might as well eat whatever we want for dinner because we forgot to put everything in and get credit for it, anyway! If we didn’t take that gym selfie, no one will know we went to the gym! The universe won’t let us have credit for that, either!

I put my headphones back in, I took off down the road–I can’t begin to tell you the name of it–and I ran until I was too tired to run anymore. I have no idea how long I went, I don’t care. Remember when we all did things because we wanted to and we never expected credit for it? Remember when we believed that doing things–whatever the things!–mattered even if no one knew about them? Remember when you just lived in the moment and took notice of the little things around you–your neighbors’ meticulous garden, the beautiful church down the street, the bunny sleeping in someone’s yard, the dandelions blowing in the wind, the rose bushes blooming, the dog playing with a child at the park–instead of watching street signs go by so you could make sure you know exactly how far you went?

Because I have news for you: Your legs are gonna be the same amount of sore whether you quantify that shit or not.